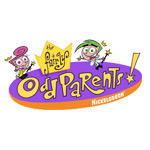 “The Fairly OddParents exemplifies what has made Nickelodeon a leader in animation – innovative, amazingly funny, creator-driven content,” said Russell Hicks, President of Content Development and Production. “Kids have fallen in love with the magical world Butch Hartman has created and we are delighted to serve up a new season filled with fun and entertaining adventures for our audience.”

In the season nine premiere, “Turner & Pooch,” Mr. Crocker realizes that Timmy’s dog, Sparky, has magical powers. Eager to use the fairy dog’s powers to fulfill his own wishes, Mr. Crocker hypnotizes Sparky in an attempt to turn him against Timmy.

Now available for free on iTunes is the exclusive never-before-seen The Fairly OddParents documentary, The Making of Sparky: A DOG-umentary. Narrated by creator Butch Hartman, the “dog-umentary” provides fans with an inside look at how the newest addition to this magical family, Sparky, went from just an idea to the loveable talking fairy dog on TV. The “dog-umentary” and full episodes of The Fairly OddParents are available at bit.ly/11ihQx2.

Butch Hartman began his animation career as an assistant animator on An American Tail. He created his own shorts for What a Cartoon!, and also wrote and directed episodes of Dexter’s Laboratory, Cow & Chicken and Johnny Bravo. Hartman joined Nickelodeon in 1998 where he created and produced several cartoon shorts for the Oh Yeah! Cartoons series, including The Fairly OddParents. Commemorating the 10th anniversary of the animated series, Hartman brought the series to life in the 2010 live-action/CG animated hit TV movie, A Fairly OddMovie: Grow Up, Timmy Turner! The series came to life once again with the 2012 holiday-themed sequel, A Fairly Odd Christmas, drawing 4.5 million total viewers. Hartman is also the creator of Nickelodeon’s animated series Danny Phantom and T.U.F.F. Puppy.