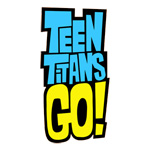 Cartoon Network has set a premiere date for the new animated series Teen Titans Go! The new take on the famous teens will debut on Tuesday, April 23, at 7:30 p.m. and will be rebroadcast during the DC Nation block on Saturday mornings at 10:30 a.m. (ET/PT) beginning April 27.

The character-driven comedy series focuses on the funny that happens in between saving the world and living together as teenagers without adult supervision. The comedic mayhem of the animated series is punctuated by pranks and the occasional need to fight crime, but it will also deal with the everyday issues of adolescence. With epic staring contests to decide who does the laundry, a series of quests and battles to construct the perfect sandwich or fighting crime in Jump City, one thing is for sure, these Titans will always be ready for an adventure inside the house and out.

The principal voice cast from the original Teen Titans series, based on DC Comics characters, will reprise their roles in Teen Titans Go!, with Scott Menville as the voice of Robin, the slightly power-mad perfectionist and leader of the Teen Titans. Hynden Walch voices Starfire, an alien struggling to fit in; Tara Strong voices Raven, the sardonic, deadpan demon girl; Greg Cipes returns as the slightly dim but always loveable loafer, Beast Boy; and Khary Payton provides the voice of Cyborg, a laidback kid who is half teen, half robot.

Teen Titans Go! will be part of the Tuesday night block of programming on Cartoon Network which also includes Johnny Test (7:00 p.m. ET/PT) and The Looney Tunes Show (8:00 p.m. ET/PT). Teen Titans Go! can be seen again on Saturday mornings during the DC Nation block alongside Beware The Batman, which will premiere this summer. Green Lantern: The Animated Series and Young Justice Invasion will end their run on March 16.

For an interview with the producers, visit: