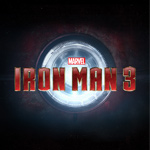 Audiences in China will be treated to a special Chinese version of Marvel’s Iron Man the studio announced today. This special version will include a special appearance by China’s top actress Fan Bingbing as well as bonus features specially created for Chinese audiences. Both versions of the film will star renowned Chinese actor Wang Xueqi as well as footage filmed in Beijing last December. According to insiders, these bonus scenes will likely appear on the Blu-ray and DVD release of Iron Man 3 in the future. DMG will release the film in China.

“Marvel and DMG’s Iron Man 3 pits Tony Stark/Iron Man against an enemy whose reach knows no bounds. When Stark finds his personal world destroyed at his enemy’s hands, he embarks on a harrowing quest to find those responsible. As he fights his way back, Stark discovers the answer to the question that has secretly haunted him: Does the man make the suit or does the suit make the man?”