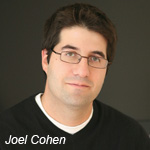 Joel Cohen, veteran writer and producer for The Simpsons, offered a hilarious take on the iconic’s show approach to creativity during Kidscreen Summit’s opening keynote session in New York City today (Feb. 5). During the irreverent keynote titled “The Tao of Homer—Lessons in Creativity and Innovation from The Simpsons,” Cohen talked about the various elements that have played a huge part in keeping the show on the air for 24 seasons.

The writer, a Calgary native who got his first big break in business writing for the Brook Shields sitcom Suddenly Susan, talked about how The Simpsons made the jump from being an interstitial on The Tracey Ullman Show in 1987 to turning into the powerhouse toon that build the FOX-TV network. Echoing the words of comic Don Rickles, Cohen said the show makes fun of everything—hoping that by offending everybody, you end up offending nobody. He gave credit to the incredibly creative environment in which the show’s writers are able to work. “One of the amazing things that [producer] Jim Brooks did was that he told FOX that he wanted to do the show without any network notes or interferences—and Fox agreed,” said Cohen.

Among the key factors in the show’s success are the jokes’ audience relatability (connecting to audiences with an emotional tether), building on the team of writers’ ideas, not chasing the best idea if it doesn’t fit the big picture, having a very diverse team of writers, fighting your first instinct when it comes to chasing ideas, and having a humble filter—“go for the idea that generates the biggest laughs, regardless of who came up with it!”

Since The Simpsons has such an impressive record for attracting the biggest guest voices, Cohen was asked whether anyone had ever turned them down. He said Bruce Springsteen was the one big star he knew of who had said no to the Springfield family show…and rocker Jon Bon Jovi turned down a guest voice gig after he realized that the script would make fun of him! Cohen also spilled the beans that fanboy hero, director and producer Guillermo del Toro is following in the footsteps of Bansky and Bill Plympton and working on an opening couch gag sequence which will air in the near future.

The Kidscreen Summit continues this week through Friday February 9 in New York City at the midtown Hilton. The show attracts over 1600 professionals working in the TV business and offers a chance to meet some of top industry executives, show creators and decision-makers. To find out more about this week’s event, visit summit.kidscreen.com.