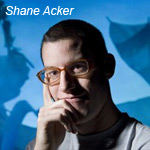 Reel FX announced today that Oscar nominee Shane Acker (9) will direct the studio’s upcoming untitled CG-animated feature based on the Dark Horse Comics series Beasts of Burden, written by Evan Dorkin and illustrated by Jill Thompson. The film is being written by Darren Lemke (Turbo, Shrek Forever After). Aron Warner, Reel FX’s President of Animation, is producing the film alongside Mike Richardson from Dark Horse Entertainment and Andrew Adamson from Strange Weather.

The script is set in the charming town of Burden Hill, where there might be more to the strange antics of the dog residents than meets the eye. The town is inhabited by the supernatural, and when its paranormal activity becomes even more abnormal than usual, it’s up to a group of fearless canines called the Watch Dogs to protect everyone from the mysterious things that go bump in the night.

Acker is the latest filmmaker Reel FX has attracted to its growing animation slate, which already includes the Day of the Dead-themed project, The Book of Life (Guillermo del Toro producing/Jorge Gutierrez directing), which Fox will release in theaters on October 10, 2014; and Turkeys (Jimmy Hayward directing, starring Owen Wilson and Woody Harrelson), which will be released in theaters on November 14, 2014 by Relativity Media.

Reel FX recently announced that Warner, the Oscar-winning producer of the animated blockbusters Shrek, Shrek 2 and Shrek the Third, had joined the growing movie studio as President of Animation.

Warner notes, “Reel FX is continuing to partner with some of the leading filmmakers in animation. Shane is an immense talent and will bring his fresh vision and approach to this adaptation of Beasts of Burden.”

Says Acker, “It’s a pleasure to be working with such accomplished producers and filmmakers on this incredible project. There is a real independent spirit at Reel FX — the studio is full of energy and fresh ideas—which is necessary to bring this unique story to life.”