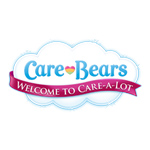 Lionsgate and American Greetings Properties announced a new home entertainment distribution agreement for the new CGI Animated TV series Care Bears: Welcome to Care-a-Lot. The agreement gives Lionsgate packaged and digital rights in both the U.S. and U.K. to all 26 episodes of the series, which debuted on The Hub in 2012. In addition, the two companies are extending their existing contract, with Lionsgate retaining its rights to the two previous Care Bears television series and five Care Bears movies.

Under the new agreement, Lionsgate will also distribute American Greetings’ The WotWots (produced by Weta), The Twisted Whiskers and Maryoku Yummy in the U.S. through packaged and digital media. Lionsgate will also acquire U.S. digital rights to three seasons of the classic Strawberry Shortcake series.

“We have enjoyed tremendous success over the years with the Care Bears franchise and are pleased to extend our relationship with the new Care Bears: Welcome to Care-A-Lot series. We look forward to helping the brand grow to new heights with the combination of new entertainment content and American Greeting’s new Care Bears toy launch in 2013,” said Michael Rathauser, senior VP of marketing for Lionsgate. “Furthermore we are excited to have the opportunity to not only expand the Care Bears digital home entertainment footprint, but to also bring some of American Greetings’ other quality children’s entertainment to digital retailers for the first time; creating both new business opportunities and more awareness for these great brands.”

“We are extremely honored to continue our partnership with Lionsgate,” said Gia DeLaney, vice president of program sales for American Greetings Properties. “The Care Bears’ highly-anticipated return to U.S. television in June was a huge success and we are thrilled to continue bringing the series to fans through innovative avenues.”