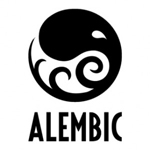 Our in-the-know visual effects expert and critic picks his favorite releases of the year (in no particular order!):

Todd Sheridan Perry is a vfx supervisor and digital artist who has worked on numerous features, including LOTR: The Two Towers, Speed Racer, 2012 and Final Destination 5.