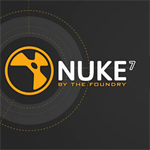 VFX software developer The Foundry has launched the new 7.0 version of its Nuke compositor. The new release from the London-based developer is packed with a wide range of features and substantial improvements. Based on feedback the software’s user base, this version is faster and more user-optimized than ever before. It also offers added support for Alembic and OpenEXR 2.0 Deep Data.

Nuke 7.0 introduces RAM cache, a sought after feature that will give users real-time playback. Also debuting in this major release are a variety of GPU accelerated nodes for Nukex including MotionBlur, Kronos, Denoise, VectorGenerator, Convolve and ZDefocus. This is a fundamental change that will allow users to utilise the power of their GPUs to speed up interactive image processing times. When the GPU is available Nukex will now take full advantage of that power. If however it’s unavailable, the software simply reverts back to the CPU without any need to adjust settings.

Jon Wadelton, Foundry’s Nuke product manager comments, “7.0 is literally our biggest ever update to Nuke and one that’s going to please a lot of industry people. Core tools have been improved, brand new functionality has been added and Nuke is now faster than ever. We’ve taken all the things that people love about Nuke and supercharged them.”

The new release also brings with it a number of options that allow artists to do more within the product. Users are now able to perform lighting tasks in a comp using the ReLight node and even model using Nukex’s new ModelBuilder. Both of these additions reduce the need for artists to jump in and out of other programs or hand work off to other departments.

The roto tools have also been entirely redefined to enhance performance and improve stereo support, giving artists more control than ever before. Support for new camera raw formats has been added including Alexa Arriraw and the latest R3D SDK. Nuke 7.0 includes Primatte 5 and a brand new 2D tracker with big updates to the workflow and speed. The SplineWarp node and Dope Sheet have also benefited from major improvements.