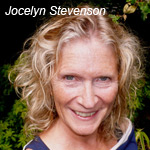 Mind Candy, the entertainment company behind the popular brand Moshi Monsters has hired Jocelyn Stevenson as the exec creative producer to lead creative on all film and TV projects including the first Moshi Monsters Movie and Moshi TV.

Jocelyn has close to 40 years of experience in children’s television where she began on Sesame Street and went on to work as a creator/writer/producer for The Jim Henson Company. Subsequent roles include five years as Chief Creative Officer at HIT Entertainment from 2001 and Creative Director at TT Animation with experience working on hugely successful kids brands including, Fraggle Rock, The Magic Schoolbus, Bob the Builder, The Hoobs, Barney & Friends, Pingu, Mopatop’s Shop and many more.

The Moshi Monsters Movie (working title) is currently in pre-production. Further details on the movie content and distribution plans will be announced in the coming months. Moshi TV Studios is now live within www.moshimonsters.com as a member’s feature. Mind Candy is currently building on content with a combination of UGC, in-house produced content including the Moshi TV show and several animated strands. There are also plans to show third-party content in the future.

Michael Acton Smith, CEO of Mind Candy said, “This is an exciting time for Mind Candy as we build upon film and television projects for Moshi Monsters. Jocelyn’s had an amazing career to date and we’re delighted to have her on board and benefit from her vast experience in the children’s TV industry.”

Jocelyn said, “I’ve always loved Moshi Monsters and am thrilled to be part of Mind Candy, one of the most exciting companies in the kids space.”