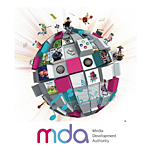 In TV content news, August Media Holdings has finalized an agreement with Norway’s Kool Produktion to co-produce the second season of animated preschool series Ella Bella Bingo, as well as a distribution agreement with newly launched August Rights to handle international sales for seasons 1 and 2 of the show, with Kool maintaining Scandinavian rights. August Media subsidiary Red Kite Animation will oversee development and production of the updated animation in Singapore and Edinburgh. Targeting 3 to 5-year olds, the 2D Flash-animated series has been commissioned for Norwegian broadcaster NRK and follows charismatic, creative Ella and the playful kids and eccentric adults in her life. Production will kick off this month with delivery set for winter 2013.

Also, The Foundation, Zodiak Kids’ U.K. production company, and Singapore-based toon house One Animation announced that they would begin development on a three project slate of kids’ animated television content, beginning late 2012. Details of the projects have not yet been revealed.

On the new media side, Singapore’s M2B has signed a tech partnership with Samsung Electronics Co. for both companies to use M2B’s WOWtv platform to distribute rich media and entertainment content to over 130 countries. M2B will provide content for Samsung’s 2011 and 2012 Smart TV models and GALAXY devices which can be accessed using the WOWtv app.

And Bomanbridge Media Singapore will be introducing Angel’s Gate, the world’s first ‘transmedia business reality format’ to Finland after signing a deal with Finnish production company Intervisio. Leveraging Intervisio’s cross-media platform speciality, Bomanbridge will launch the 360-degree multimedia program in  the country by early 2013. Angel’s Gate is a unique transmedia format that allows entrepreneurs to pitch their business ideas to some of Asia’s most influential investors–it was aired in Singapore’s Channel News Asia and on YouTube, garnering over 2 million views as YouTube’s first local content partner.