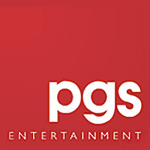 Paris-based brand manager PGS Entertainment has signed on to distribute Canadian toon house Big Bad Boo Studios’ most popular series, 1001 Nights, which is based on the famous series of Arabian tales including the exploits of Ali Baba and Sinbad with a modern, family-oriented comedy twist. The show is already set to launch in over 60 countries in 15 languages this year.

With the first 52 x 11, digital 2D-animated season completed, 1001 Nights currently airs on Teletoon, CBC Radio Canada, Al Jazeera Children’s Channel, ORF Austria and other channels around the world. The show, which was created by Aly Jetha and Shanam Rezaei, was the most-screened series at MIPJunior 2011 and has gone on to win three Leo Awards in 2012 (Best Animation, Sound and Screen Writing) as well as garnering numerous nominations internationally. The series has also inspired comics published in several languages.

Philippe Soutter, president of PGS Entertainment says, “1001 Nights has proven to be a broadcast hit in over 50 territories throughout the world to date. For the first time, one of the most published books of all time has been made with kids and for kids – We really look forward to further supporting the expansion of the show worldwide.”