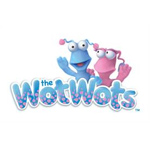 Sales and commissions are on the rise ahead of next month’s MIPCOM and MIP Jr., with Pukeko Pictures’ The WotWots, Alphanim’s The Green Squad, DHX Media’s Pirates, Adventures in Art and Brain Power and Bejuba!’s Fuzzy Tales all making waves.

Here’s how it breaks down:

Agents have been appointed for The WotWots in in Latin America, Canada, Australia and New Zealand following recent deals brokered by American Greetings Properties, which serves as a global licensing agent for the brand. EXIM Licensing Groupwill represent the brand in the Latin America region. In Canada, Segal Licensing has acquired the rights to represent The WotWots with Stella Projects signed on in the Australian and New Zealand markets. All agents have signed deals which include merchandising, events and publishing rights.

DHX Media has landed Super RTL as the home in Germany of its CGI series Pirates, Adventures in Art. Commissioned by CBC, the 46 x 12 mins. series for kids 4-6 also airs across Asia on KBS and Kids Talk Talk in Korea, Mediacorp in Singapore and Malaysia’s Astro and on Discovery Kids in Latin America.

Brain Power Studio has won a second season commission from Canada’s CBC for Fuzzy Tales. In addition, distributor Bejuba! has concluded a deal with Disney Channel Australia for the first series and is in talks with further international broadcasters.