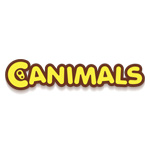 The CG-animated series Canimals began its run on U.K.’s CITV on Monday. A co-pro between Aardman Animations, Vooz Club and BRB International, the 44 x 7” series follows the adventures of a group of can-shaped animals that cause mayhem and mischief in the real world. Targeting kids age 6 to 10, the show airs weekdays at 3:40 p.m., and repeats the following day at 11:35 a.m.

“We’re delighted to be partnering with CITV on Canimals and expect it to be a slam dunk with the channel’s viewers as it has been elsewhere in the world,” says Aardman’s Head of Sales & Acquisitions Alix Wiseman.

Aardman has also just signed the British Toy Company, Vivid, as its master toy licensee across a wide range of plush and collectibles in the UK and Ireland.