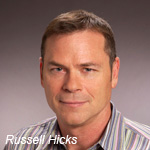 Russell Hicks, a 14-year Nickelodeon veteran and its Chief Creative Officer since 2008, has been named to the new position of President, Content Development and Production for the Nickelodeon Group. The announcement was made today by Cyma Zarghami, President, Nickelodeon Group, to whom Hicks will continue to report.

The newly created position establishes centralized, West Coast leadership of all Nickelodeon’s content teams, and provides direct, on the ground oversight of the largest and most diverse development slate in the network’s history. In this new role, Hicks will be based at Nickelodeon’s Burbank and Santa Monica, California, offices, where he will lead the company’s live-action, animation development and production teams for all of Nickelodeon’s content platforms.

“Russell has been one of the driving forces behind the Nickelodeon brand,” said Zarghami. “As we continue our ambitious evolution of Nickelodeon, Russell will ensure that our rich and diversified development slate, as well as our new and established producing partners, will all serve our creative vision for the network and deliver for our audiences. As the new development season begins, this is the perfect moment for Russell to take the helm.”

Nickelodeon’s recently announced development slate includes more than a dozen new live-action, animation and TV movie projects as part of the network’s deep commitment to new content. Included are the CG-animated series Monsters vs. Aliens and the 2D Sanjay & Craig; and the anticipated return of Teenage Mutant Ninja Turtles in September. For preschool, the network is adding the curriculum-based animated series, Monty and Norville, and a pilot for Blaze and the Monster Machines.

Brown Johnson, who has served as the President of Animation since 2008, will be leaving her role to pursue her own creative endeavors. Johnson oversaw the network’s successful partnerships with DreamWorks Animation SKG, as well as the brand-new, CG-animated Teenage Mutant Ninja Turtles. She also was responsible for leading Nickelodeon’s groundbreaking preschool programming, including Blue’s Clues and Dora the Explorer, for more than two decades.

Prior to working at Nickelodeon, Hicks was Vice President of Marketing, Cartoon Network/Turner brands for Warner Bros., where he was responsible for the marketing and creative that turned Scooby Doo and The Powerpuff Girls into cultural icons. Hicks started his career as an animator that led him to work on Teddy Ruxpin, the first talking teddy bear for Worlds of Wonder toys. Hicks attended California State University Fullerton where he studied illustration and design.