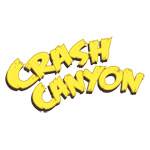 The series, which is developed by Joel Cohen (The Simpsons) and produced in association with Shaw Rocket Fund and Teletoon Canada, will premiere in August as part of the network’s prime time comedy line-up.

In addition to and producer-exec story editor Greg Lawrence (Kevin Spencer), other contributing Crash Canyon writers include Tim Long (The Simpsons) and Chuck Tatham (How I Met Your Mother, Arrested Development). The show follows the misadventures of the Canadian Wendell family who drive off a cliff and find themselves trapped in a canyon with dozens of oddball characters.

“MAV TV has successfully created impressive brand recognition for its unique mix of cutting-edge programming. We are delighted to introduce American audiences to Crash Canyon as part of the network’s prime time line-up,” said Nat Abraham, Breakthrough’s president of distribution.