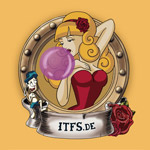 Over the weekend, Stuttgart’s International Festival of Animated Film announced the winners of its 19th Trickfilm competition (May 8-3). Martin Snopek and Ivana Laucikova’s The Last Airbus (Slovakia), Alke Arndt’s Atlas (Germany) and Ignacio Ferreras’ Wrinkles (Spain) were among the big winners at this well-attended event.

The Stuttgart Festival of Animated Film (ITFS) was founded in 1982 and is considered one of the world’s top animation festivals. More than 70,000 Euros in prize money is awarded in nine different competition categories. The ITFS works in close co-operation with the FMX 2012, Europe’s largest professional conference for animation, effects, games and digital media (17th Conference on Animation, Effects, Games and Transmedia, May 8 – 11, 2012