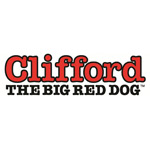 Scholastic Entertainment’s Clifford the Big Red Dog will be wagging his tail on the big screen again, thanks to the team at Illumination Entertainment and Universal. According to The Hollywood Reporter, Illumination is planning a live-action/CG animation hybrid pic based on the books by Norman Bridwell, which were adapted into a 2D animated series by Nelvana and PBS (2000-2003).

The film will be written by Matt Lopez (Bedtime Stories, Race to Witch Mountain, The Sorcerer’s Apprentice) and produced by Illumination topper Chris Meledandri (The Lorax, Despicable Me) and Scholastic President Deborah Forte (Maya and Miguel, Wordgirl, The Golden Compass).

First published in 1963, Clifford follows the adventures of a 25-foot-tall red dog and his owner, a young girl named Emily Elizabeth. It was Emily’s love for the tiny red puppy that changed him dramatically, forcing their family to leave the city and move to the wide open spaces of Bridwell Island.