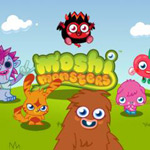 The new partnership will introduce GREE’s 230 million worldwide users to the world of the virtual adoptable pets, while exposing the innovative mobile platform to Moshi Monsters’ 60 million+ online user community. The games will be delivered in multiple languages including English, French, Italian, German, Spanish, Portuguese, Japanese, Korean, Mandarin and more.

As part of its move into mobile gaming, Mind Candy is building an in-house team to handle mobile partnerships and the internal development of phone and tablet titles, including several games and apps set for release throughout 2012. Mind Candy will be promoting Moshi Monsters at Licensing International Expo in Las Vegas next month. Visit www.mindcandy.com or www.moshimonsters.com to learn more.