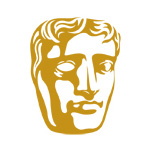 The long list of nominees for this year’s Orange British Academy Film Awards were revealed yesterday. The BAFTA Animated Feature category includes The Adventures of Tintin, Arthur Christmas, Gnomeo and Juliet, Puss in Boots and Rango. It’s interesting to note that the Brits opted for Arthur Christmas and Gnomeo and Juliet instead of Cars 2 and Kung Fu Panda 2, which have made the cut in other races.

The visual effects longlist features Tintin: The Secret of the Unicorn, The Artist, Captain America: The First Avenger, The Girl with the Dragon Tattoo, Harry Potter and the Deathly Hallows – Part 2, Hugo, Midnight in Paris, Mission: Impossible Ghost Protocol, Pirates of the Caribbean: On Stranger Tides, Rise of the Planet of the Apes, Sherlock Holmes: A Game of Shadows, Super 8, Transformers: Dark of the Moon, X-Men: First Class and War Horse.

Tintin is also included in the music, sound and adapted screenplay categories, while Arthur Christmas was lauded in the best original screenplay and outstanding British Film categories.