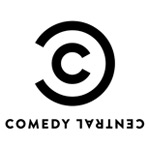 Brickleberry, co-produced by Fox 21 and COMEDY CENTRAL, is based on a group of dysfunctional forest rangers at a national park that is facing closure until a new ranger comes in to whip everyone into shape and save the park. The series is created, written and executive produced by Waco O’Guin and Roger Black (MTV2’s Stankervision) and executive produced by Daniel Tosh (Tosh.0), who will also voice a character.

What if robots attempted to take over the world well before they actually had the ability to do so? This animated show pits a group of household electronics against their slacker owner, Jeff. Unbeknownst to Jeff, the Robots plot and scheme to take over the world every day, however, their lack of ability and understanding of humans eventually foils their plans sending them into a tailspin. Executive produced and written by Kumail Nanjiani (COMEDY CENTRAL’s Hot List, John Oliver’s New York Stand-Up Show), Lee Eisenberg and Gene Stupnitsky (The Office, Bad Teacher).

TripTank is a collection of animated shorts featuring comedy’s brightest.This collaboration between executive producers, Alex Bulkley and Corey Campodonico of ShadowMachine (Robot Chicken, Moral Orel) and Tom Gianas (Pretend Time with Nick Swardson, SNL) combines a variety of animated formats with a broad range of talented writers and creators including Tommy Blacha, Tom Gammill, Jon Glaser, Laura Kightlinger, Joe Mande, Bob Odenkirk and Duncan Trussell, among others.  Plot lines include a behind-the-scenes look at the Roman Colosseum, a magical alcoholic wheelchair helping sick children, a group of aliens studying the world’s most average guy to the misgivings of a kidney transplanted into a super model.

From the creators of the Cyanide and Happiness web comics (explosm.net) and shorts comes a half-hour animated show featuring the twisted humor of a world populated by glorified stick figures.  Executive produced and created by Kristipher Matthew Wilson, Robert Andrew DenBleyker, David McElfatrick and Matthew Melvin.