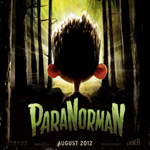 Little, Brown will launch this new publishing program in June, prior to ParaNorman’s nationwide release by Focus Features on Aug. 17. Books will also be released that fall in the U.K. from sister company Hodder Children’s Books in print and electronic editions in coordination with the film’s U.K. bow.

For ParaNorman’s younger fans, the publishing program will also include an 8 x 8 storybook, ParaNorman: Attack of the Pilgrim Zombies!, and a Level 2 early reader, ParaNorman: Meet the Ghosts, part of Little, Brown Books for Young Readers’ recently launched leveled reading program, Passport to Reading. Both will be illustrated with full-color film stills.

“ParaNorman is unlike anything kids and parents have seen, and we are so pleased to be bringing Norman’s thrilling and heartfelt tale to readers, beyond what they will see in the cutting-edge film next summer,” said Andrew Smith at Little, Brown Books for Young Readers. “We’re excited to work with LAIKA, world renowned for bringing great stories to groundbreaking visual life.”

“Little, Brown has a long history of care, daring, and dedication to the written word,” said Travis Knight at LAIKA. “Their love of bold ideas, fidelity to artists and creators, and a demonstrated commitment to excellence make them the perfect partner to bring the story of ParaNorman to the page.  We’re thrilled to collaborate with such an exceptional publisher and wonderful creative team.”