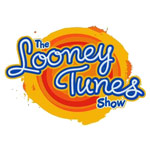 If the thought of Bugs Bunny and Daffy Duck hosting a dinner party together for all their neighbors seems slightly surreal to you, then you’ll want to check out the new episode of The Looney Tunes Show airing this Tuesday (August 23) at 8 p.m. on Cartoon Network. The folks at the network tell us that the dynamic duo invite their neighbors on the cul-de-sac over for dinner in order to apologize for their rude behavior in an episode titled “Newspaper Thief.”

Of course, things go wrong after Daffy realizes that somebody has been taking his daily paper. (Isn’t it quaint that animated characters still have newspaper subscriptions?) All the neighbors Daffy has wronged are now suspects in his ridiculous search for his missing newspaper. The Looney Tunes Show is produced by Warner Bros. Animation; supervising producers are Spike Brandt and Tony Cervone; Sam Register is the series’ exec producer.