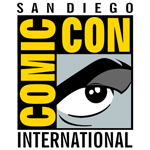 20th Century Fox TV will present a range of toons and vfx spectacles at the show. Topping the must-see list is the pilot for time-travelling adventure series Terra Nova, created by Steven Spielberg and Peter Chernin. Star Stephen Lang and exec producers Rene Echevarria Brannon Braga and Jose Molina will present the series, set to premiere in September, on Saturday.  Sci-fi drama Awake (Thurs.) and toons Bob’s Burgers (Fri.); Futurama, The Simpsons, Family Guy, American Dad! (Sat.); and The Cleveland Show (Sun.) will have their share of sneak-peeks and star powered panels as well.