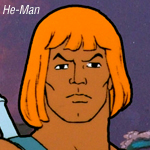 Robert A. White, a television writer who penned multiple episodes of the 1980s animated series He-Man and the Masters of the Universe and its spinoff She-Ra: Princess of Power, has died at the age of 87, according to Variety.

Animation was only one area in which White was active. He began writing for television in the 1950s, going on to pen episodes with his first wife, Phyllis, of My Favorite Martian, The Flying Nun, The Virginian, Mission: Impossible, Ironside and S.W.A.T. He also wrote an episode of the late-1970s children’s TV series Ark II and won WGA awards for his work on the soap operas The Guiding Light and Search for Tomorrow.

Born in Bakersfield, the trade reports White was a World War II veteran. He kept himself busy since the 1990s by writing plays, including the musical WR and Daisy.

He is survived by his third wife, Peggy O’Shea; a daughter; and a son.