The full theatrical trailer and a new poster for DreamWorks Animation’s Puss in Boots has dropped. 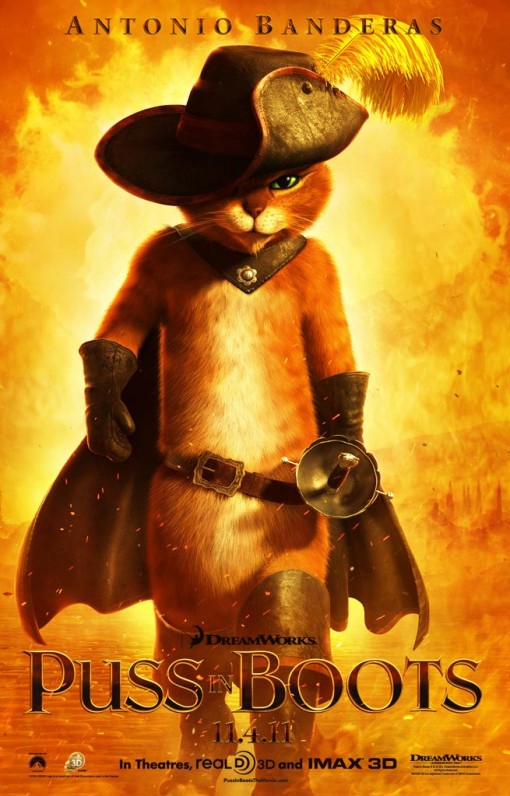 Puss in Boots spins out of the Shrek franchise, and features Antonio Banderas reprising his role as the voice of Puss. He’s joined by Salma Hayek, Zach Galifianakis, Billy Bob Thornton and Amy Sedaris. It’s directed by Shrek alumnus Chris Miller and scripted by Tom Wheeler and David H. Steinberg. It’s due in theaters in 3D on Nov. 4.

What we at Animag have seen of this film so far is that it’s going to be more interesting (and funnier) than its spinoff status would indicate. What do you think reader? Does this intrigue you, or will you pass on Puss?