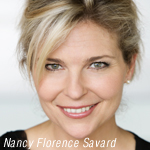 Montreal-based Modus FX has announced work on Sarila, which the studio says is the first stereoscopic 3D animated feature film created in Canada.

The story is by acclaimed children’s author Roger Harvey and Pierre Tremblay, an expert in Inuit culture, and adapted by Paul Risacher.

For director Savard, the film has been a labor of love for the past ten years. “Sarila tells the story of three young Inuit who strike out on their own in order to save their clan from starvation,” she said. “This is an inspirational story, full of hope. It shows young people facing daunting challenges and, through the experience, taking control of their lives. Their world is exotic to us but their experience is universal.”

“The story draws on Inuit legends from different regions of the arctic,” said Savard, “but then it moves beyond those traditional archetypes to tell a new story.”

Modus FX came on board as a investment partner late last year, and began working with the film’s art director, Philippe Arsenault Bussieres, in January to translate his watercolor concept art into 3D geometry that can be rendered stereoscopically.

“In our VFX work, we usually mimic reality, but with this project we are creating something different,” said visual effects supervisor Eric Clement. “Our goal is to capture the essence of the original concept art. We want to ‘push’ the look of stereo 3D, instead of going in the photoreal direction that a lot of current animation is doing.”

Modus has a team of 85 artists on the project, many of whom were involved in the facility’s recent March of the Dinosaurs project, a 90-minute animation for National Geographic and The History Channel. Sarila includes 950 shots, so the 15-month production schedule requires an efficient pipeline and relies on several key Modus-developed technologies.