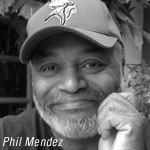 The Art Institute of California – Los Angeles, an educational institution for career preparation in the visual and culinary arts, announces its inaugural animation event, the Ollies Animation Festival. The event, which is named after animation legend Ollie Johnson, will showcase work from aspiring filmmakers, industry professionals and animation legends.

The festival will also honor industry pioneer and marvel Phil Mendez for his contributions as an artist and animation filmmaker to the industry. Mendez has been writing, drawing, designing, directing and entertaining millions of people for more than 40 years in film, television, publishing and theme park design for companies like Walt Disney, CBS, NBC, MGM and Hanna-Barbera. A discussion on his success and influence on the animation industry will follow.

Additionally, the festival will showcase student work from the Art Institute of Los Angeles media arts and animation program, including work from the institute’s student-run production studio, Red Giant.

Toon Boom Animation will award a copy of Animate Pro for the best student short film. Animation Magazine will give away a one-year subscription to the second place student film and a 20-Year book to the third place student film. Cinema Without Borders’ editors will act as jury to select the winning films among the student films.

For RSVP please contact, Kat Oloy at ekoloy@yahoo.com or go to www.rsvpmenow.com with the event ID No. 22444.