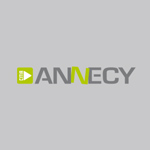 Six Things You Can’t Miss at Annecy This Year!

We all know that the true animation fan’s summer officially begins in June, when the Annecy International Festival opens its doors to fans of the art form from all over the world. There’s a wealth of activities and screenings planned for the 2011 edition of this amazing event (June 6-11), so we thought we’d make life a little easier for you by providing you with a quick checklist to take along!

1. Catch one of the amazing shorts programs—either in our out of the competition. Chances are they will inspire you more than any of the movies you’ll see all year round! BLU’s Big Bang Big Boom, Maria Mouat’s Metel, Patrick Jean’s Pixels, Jody Kramer’s Don’t Tell Santa You’re Jewish, Kirk Hendry’s Junk, the Quay Brothers’ Maska and Joan Gratz Kubla Khan are a few of this year’s contenders. We also have to mention that one of the big newsmakers is Pixar’s new short La Luna (directed by Enrico Casarosa) which is premiering in a stand-alone program.

2. Enjoy some of the finest animated movies of recent months under stars at the Le Paquier/Champ de Mars park area. The line-up includes Rango, Rio, Gnomeo and Juliet and How to Train Your Dragon. On Saturday, you can check out a screening of the festival’s top prize-winners.

3. Annecy gives you the chance to see some of the best animated features from around the world before they get global releases. That means you can treat yourself to sneak previews of A Cat in Paris, Colorful, The Rabbi’s Cat, Green Days—Dinosaur and I, Chico & Rita, The House, The Tibetan Dog, Santa’s Apprentice and The Great Bear.

4. Don’t miss some of the biggest talents working in the animation business today as they share insights about their process and inspirations at the daily panels planned by Christian Jacquemart and René Broca. Among the films getting the Work in Progress treatment are Arthur Christmas, Ernest and Celestine and The Boy with the Cuckoo Clock Heart.

5. Go behind the scenes of some of this year’s biggest animation features, TV shows and shorts during panels devoted to the nuts and bolts of production, new technologies and artistic inspiration. Brilliant visionaries such as Carlos Saldanha (Rio), Hal Hickel (Rango), Bill Plympton and Leiji Matsumoto (Captain Harlock) will share anecdotes and words of advice with the lucky audience members.

6. This year, the festival is paying a special tribute to the contributions of Americans to the global animation scene. This includes programs devoted to the work of classic icons such as Tex Avery, Chuck Jones, Bob Clampett and Friz Freleng, as well as contemporary indies such as Bill Plympton, Will Vinton and PES. There is even an 87-minute selection of Disney’s wonderful shorts (1921-1935). Seriously, there’s something great happening at any given moment of these six special days and nights. It kind of makes you wish you could pack it all in a magic box and sample it all year long.

For the complete list of screenings, panels and special events, visit www.annecy.org.