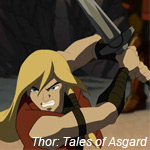 There are two kinds of people who will be drawn to the new animated movie featuring Thor: Those who know everything there is to know about the Marvel superhero and those who have just learned about him in the epic live-action feature starring Chris Hemsworth, Anthony Hopkins and Natalie Portman. Both groups are bound to enjoy the storyline of Thor: Tales of Asgard, which finds the young god on a quest to find a legendary sword.

“Our intent was always to make this Thor younger than he’d be in the live-action film even to the point where he hadn’t yet received his hammer,” explains Greg Johnson, the film’s screenwriter. “Supervising producer Craig Kyle and I took it back even further, to when Thor and [younger brother] Loki were actually friends. Everyone knows they end up enemies, but what a great opportunity to see them as allies, and then witness the events that would help shape them into rivals later on. One twist that was particularly fun to explore was making Thor more of the mischievous instigator, and Loki more of the one reluctant to do anything that might lead to trouble.” 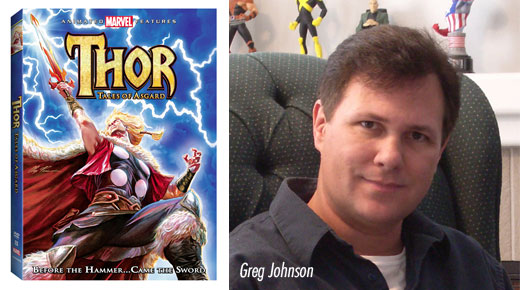 To prepare himself for the assignment, Johnson—whose many credits include Doctor Strange, Wolverine and the X-Men and Planet Hulk—immersed himself in the world of Norse mythology. “Trolls, elves and dwarves are all part of daily life when you live in Asgard,” he admits. “I also enjoyed the challenge of constructing a real and believable living existence within the nine realms that adorn Yggdrasil, the World Tree, and making sense of it—as if you could step into that world yourself. But what I really loved about writing this movie was the chance to show what life would be like for a younger, slightly greener Thor and Loki. And exploring some adventures in their lives that would help shape them into the iconic characters everyone knows.”

So what is it about this hammer-wielding god, who first appeared in the pages of Marvel’s Journey Into Mystery comic-book in August of 1962, such lasting appeal?

Johnson believes it’s because the strength of his character matches that of his body. “He’s a protector, with a solid sense of right and wrong, and he didn’t arrive at this power and wisdom easily,” he points out. “You get the sense that he’s gone a few rounds with adversity, and made some bad decisions, yet he’s come out the other side much more capable of guiding humankind. In other words, he has earned his stripes.” 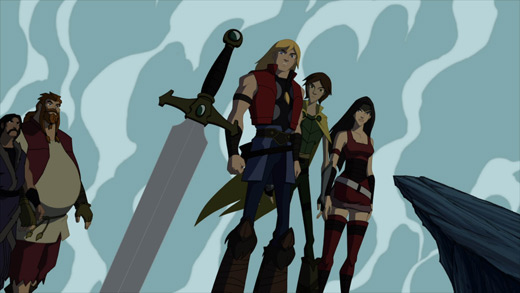 Some of Johnson’s favorite scenes are those involving the Warriors Three. “They were so much fun to write, which is ironic, because the mandate to include them was something I initially resisted,” he recalls.  “I just thought it would really stifle the adventure having to service that many characters, but I couldn’t have been more wrong. They’re the levity when things get heavy, and the heart when things get tough.” 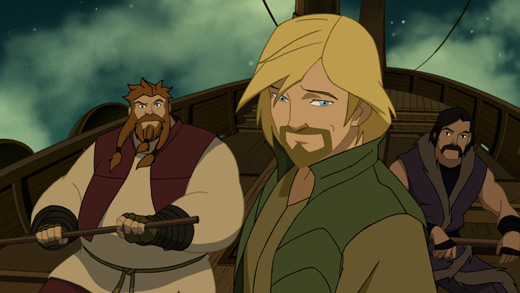 It’s interesting to hear Johnson talk about the one TV show that sparked his imagination when he was growing up. “It wasn’t animated (except for the opening title sequence), but it could have been. It was Lost in Space. Particularly the black and white first season, which was all about a close-knit family out there drifting the cosmos, becoming marooned on one planet after another and experiencing all kinds of hostile forces. Their spaceship was their house, their front window the viewport that looked out on amazing new worlds, and it shaped how I approach my writing.” 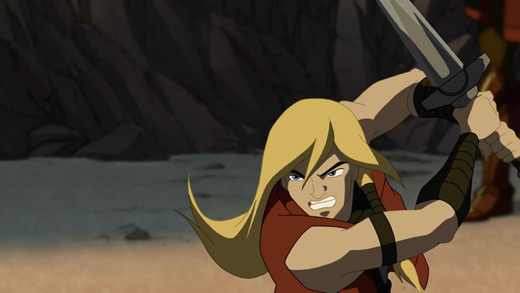 Because Johnson has had such a proven track record in the animation business, he also has some very helpful tips for those who want to follow in his path. “Dreaming big is essential as it sustains you through the retail job or food service job or any other non-related job you have to take while awaiting your break,” he offers. “But dreaming is only part of the equation. Taking action is what makes or breaks your chances. Do everything in your power to be ready for when that break comes. If you’re pursuing writing, then write. Ray Bradbury says he wrote one new short story every week, and maybe he still does. Keep those creative wheels greased.” 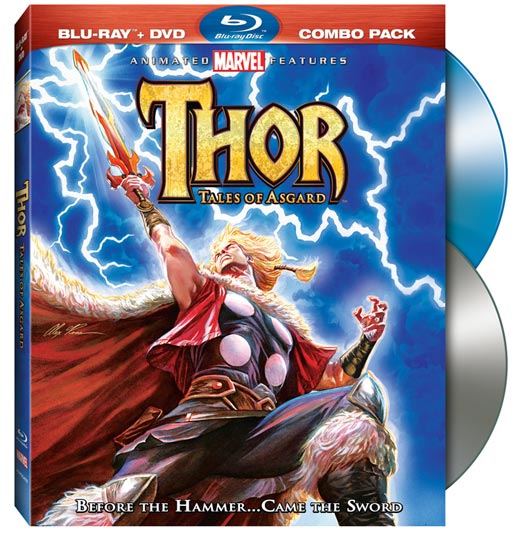