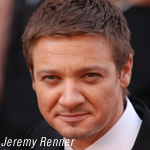 Among the actors The Hollywood Reporter says are lending their voices to the next installment of the Blue Sky Studios/Fox franchise are Jeremy Renner, Wanda Sykes, Keke Palmer, Jennifer Lopez, Aziz Ansari and hip-hop star Drake. The trade says Renner will play Gutt, a self-styled master of the high seas; while Lopez plays Shira, a sabretoothed tiger love interest for Denis Leary’s character, Diego.

The fourth installment of the series, Ice Age: Continental Drift will arrive in theaters July 13, 2012, in stereoscopic 3D. The series began in 2002 and its three installments to date have earned more than $568 million at the domestic box office and nearly $2 billion worldwide.