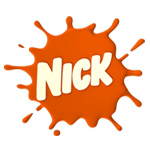 Nickelodeon fans who have been wanting to add some of the network’s classic shows — such as The Wild Thornberrys, Hey Arnold, Danny Phantom, Aaaah! Real Monsters and Rocko’s Modern Life — to their home video collections are getting their way.

Thanks to a sub-licensing agreement, Shout! Factory has been given the go-ahead from Paramount Home Entertainment and Nickelodeon to distribute DVD and Blu-ray releases of classic Nick shows in the United States and Canada.

The first release is The Wild Thornberrys: Season One, which will arrive in stores on May 17. Produced by Klasky-Csupo for Nickelodeon, The Wild Thornberrys premiered in September 1998 and aired until 2004 with reruns airing on Nicktoons and CBS from 2002-2007. Featuring all 20 action-packed episodes, the collectible 4-DVD box set will sell for a suggested retail price of $29.93.

Details on other classic Nick home video releases will be announced shortly.