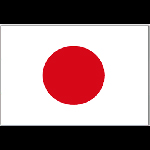 The earthquake and tsunami that devastated Japan has disrupted the nation’s huge animation industry and moved anime and manga fans and pros from all over the world to dig deep and help them out.

Additionally, we’re donating some items to the We Heart Japan benefit art sale, set to begin a mere three hours from now at Hollywood’s famous Meltdown Comics. The sale runs March 17 from 8 p.m. to 11 p.m., and will feature as guests Hot Fuzz and Shaun of the Dead director Edgar Wright, The event will feature appearances by anime voice actors, manga artists and 100 percent of the proceeds from the sale will be donated to the Japan NGO Earthquake Relief and Recovery Fund.

Sounds like a huge event for a great cause, so if you’re in the area, get on over to Meltdown, located at 7522 Sunset Blvd., in Hollywood. For more info: http://www.weheartjapan.com/

The effect of the quake and the subsequent tsunamis and nuclear plant crisis has lead to the cancellation of the Tokyo Anime Fair. Set for March 24-27, as organizers say the disaster has made it difficult to hold  the event as planned. Variety reports a competing event, called Anime Contents Expo, is still scheduled to proceed March 26-27 at the Makuhari Messe space in Tokyo.

Meanwhile, Stu Levy, founder of Los Angeles-based manga publisher TokyoPop, was in Japan when the earthquake happened and has been posting his reactions and assistance efforts on Twitter. Follow along at http://twitter.com/stulevy.

New People in San Francisco — the nation’s only entertainment complex dedicated to Japanese popular culture — will present a special screening of director Lee Sang-il’s Hula Girls to raise funds for Japanese earthquake and tsunami relief. Hula Girls will screen on March 26 at 2 p.m., 4:30 p.m. and 7 p.m. Suggested donations are $10 or more per person.

Anime and manga bloggers show their support for the victimes at http://www.bloggers4japan.com, while a 24-podcast this Saturday from http://helpjapan.onepiecepodcast.com/ is looking to raise a significant amount of money.

And anime and manga convention AM2 is donating 25 percent of all proceeds from passport sales directly to Japan disaster relief funds. Buy at http://am2con.org/.

And let us know in the comments of additional efforts from animation pros or fans to assist the quake victims and we’ll run it in a future article here on AnimationMagazine.net.