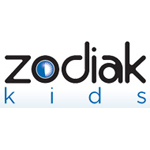 Zodiak Media Group is consolidating all of its children’s production and distribution companies into one entity, to be called Zodiak Kids, according to World Screen.

The group will handle an estimated 350 episodes of programming a year, including such titles as Totally Spies, Gormiti, Street Football, Sally Bollywood, Waybuloo, Dani’s House, Mister Maker and The Qpiz.

Karen Vermeulen, senior VP of global TV sales and co-productions, will lead the London-based sales division. Consumer products and licensing will be handled by each production company. Zodiak Kids will have offices in London, Maidstone, Paris and Milan.