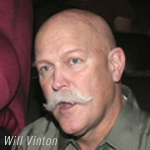 Looking Back at the Los Angeles Animation Festival

The Los Angeles Animation Festival had a successful run Dec. 3-7 at Cinefamily’s The Silent Movie Theater on Fairfax in Los Angeles.

In a post-festival statement, founders and co-directors Miles Flanagan and John Andrews write: “We are pleased that the festival brought animation fans and professionals together and put them in contact with some unique, cutting-edge material, much of it courtesy of our great partners at Cinefamily. The festival also achieved our main goal of providing a nice, informal environment for artists to network and connect. We’re confident that we’ve found a formula for growth in the years ahead. There’s a real need for this kind of event in L.A.”

Will Vinton’s shorts program was co-hosted by Craig Bartlett, former Will Vinton Studio director/animator and creator of Hey Arnold and Dinosaur Train. Teachtown’s Terry Thoren did a Q&A with Vinton after the Twain feature. Also, Pixar’s Teddy Newton presented a revelatory “making of”  for his short Day & Night with a Q&A moderated by Beck, and Los Angeles band Jesus Makes the Shotgun Sound performed the score to Fantastic Planet live to picture.