This month, Paramount Home Entertainment released the third edition of Mike Judge and Don Hertzfeldt’s anthology series The Animation Show on DVD which features shorts such as Run Wrake’s Rabbit, Bill Plympton’s Guide Dog, Joanna Quinn’s Dreams and Desires and Hertzfeldt’s Everything Will Be OK.

One of the highlights of the recent collection is Game Over, the popular short by New York-based indie animator known as PES (real name: Adam Pesapane). In the innovative piece, PES pays homage to five classic arcade games’Centipede, Frogger, Asteroids, Space Invaders and Pac-Man’using familiar objects such as pizzas, fried eggs, insects and muffins. We recently caught up with the New York-based animator whose previous shorts (KaBoom, Roof Sex) and commercials for Sneaux, Orange Telecom, Coinstar and Bacardi have received awards and acclaim all over the world.

Animag Online: Tell us a little bit about your most recent short, Western Spaghetti.

PES: The concept was pretty simple: It’s the way I make spaghetti. The recipe is legit. I just decided to substitute objects for the food elements. In many of my films I use foods as other things’e.g. popcorn as explosions or peanuts as crying babies. I thought it would be interesting to totally flip this and make a film where everyday objects stand in for the food, such as rubber bands for spaghetti, post-it notes for butter, bubble wrap for boiling water.

Have you been surprised by the amount of critical and general attention your shorts (especially Game Over) have generated?

PES: My concept of a great short film is one that has artistic integrity yet also has massive popular appeal. I’ve never thought those two things were incompatible in a film.

What are you working on this summer?

PES: An aquarium: It’s my own version of an aquarium with fish made of old rusty tools and other junk’that you can play on your computer or TV at parties and whenever.

Would you ever consider working on a TV series or a feature?

PES: I’m developing a couple feature ideas now. I don’t necessarily aspire to make an animated feature film. I just want to make a good film, animated or not.

What are the pluses and minuses of working as an indie animator today?

PES: It’s not like I set out to be an “indie shorts animator”‘I just have ideas, I make them, and then, I put them out there.

You received your B.A. in English from the University of Virginia. How did you get your start in the business?

PES: I had an idea for a short film (Roof Sex) involving two chairs that escape to a roof to have sex. I decided that the best technique to make this film would be stop-motion, and I didn’t want anyone to fuck up my idea, so I taught myself how to animate.

Who are your animation heroes? Which TV shows and Movies did you watch as a kid that influenced you?

PES: I didn’t watch much tv as a kid, my parents didn’t like me sitting inside on sunny days. I still don’t watch TV. I play video games! As far as making films goes, Jan Svankmajer was a big influence for me. I liked what he was doing with objects. I realized I had lots of ideas of my own about objects and the junk around us, so I started making my own films.

What kind of advice do you give young students who want to get into the animation business?

PES: Make films for yourself, about things that amuse you, concern you, or bother you. It’s all about pleasing yourself first. Others will follow.

You can find out all about PES and check out some of his original work at www.eatpes.com. 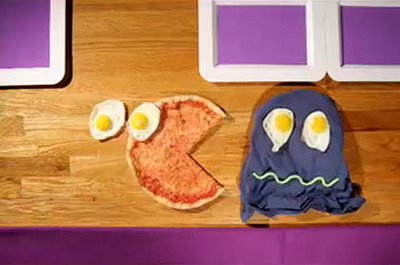 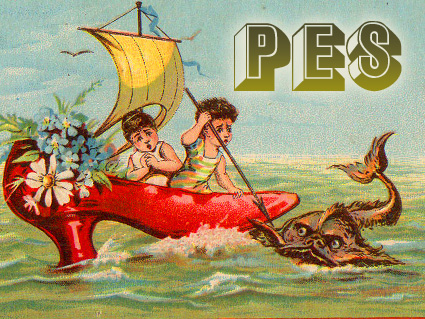